The theme statement is

In Gifted with Promise: Extending Jesus’ Table, Brethren encounter a challenging assignment: (1) to discover afresh their giftedness with Gospel and (2) to envision their role in loving the world enough to share the physical and spiritual benefit of the Gospel. This theme connects our common interests in spirituality and service, practice and prayer. We extend the table with promised resources of grace and love. The theme calls us to mission and evangelism where we not only share and invite but we cultivate discipleship as we offer tangible resources of food, clothing, medical care, and more. At the table, we share, we receive, and we learn. 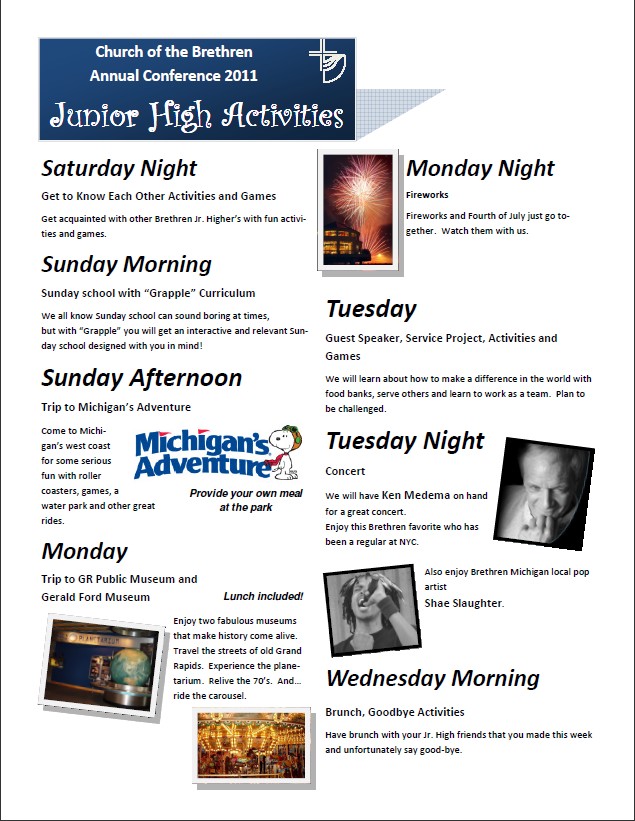 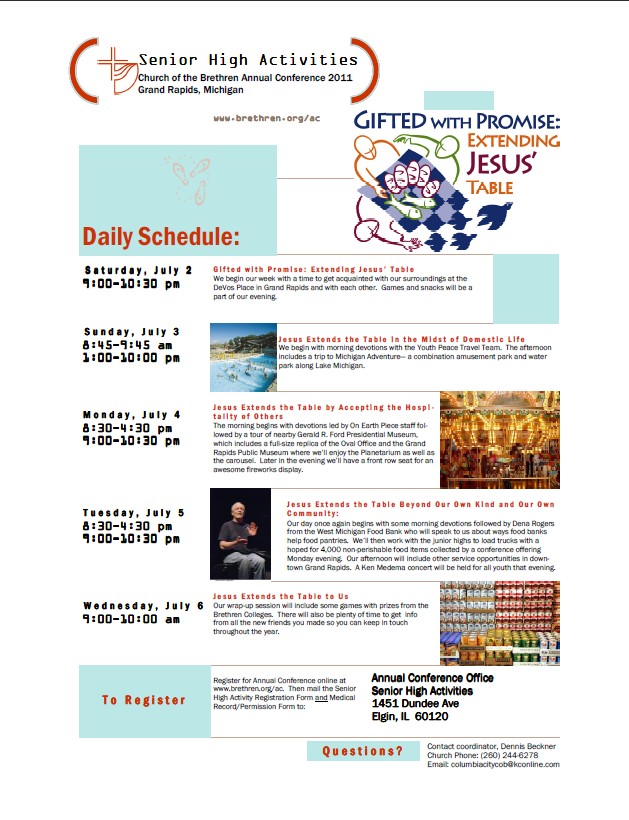 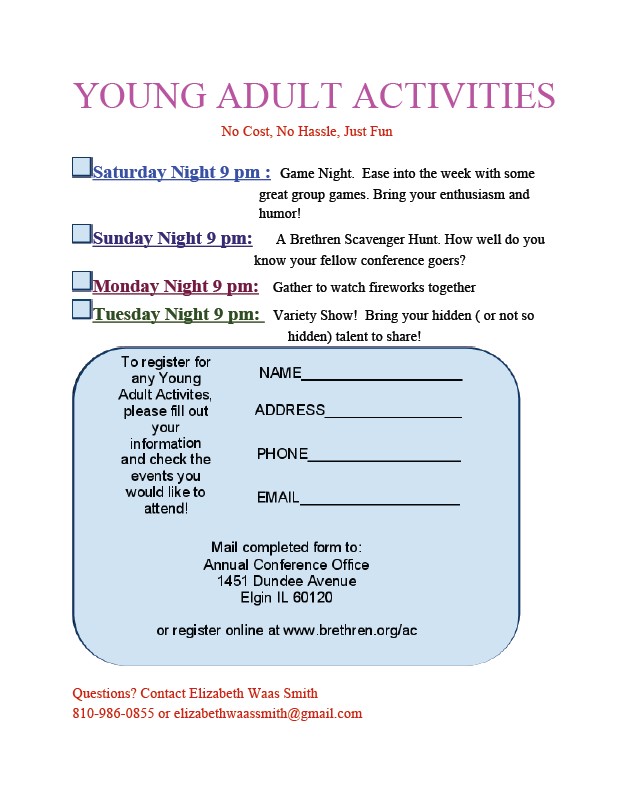 Eighteen Brethren were among more than 200 youth ministry professionals who gathered Dec. 1-4, 2010, in Lake Buena Vista, Fla., for the National Council of Churches-sponsored Youth Worker Summit.

The event, designed to provide "a sacred space for youth workers," focused on the theme "Gathering in Hope, Rekindling the Light." It offered three worship services, plenary sessions, a choice of nine workshops, affinity groups for deeper discussion, resource displays, a presentation by the Disney Youth Education Series, and some unwinding time in the parks of the host Walt Disney World resort. One participant called it the place where "the Magic Kingdom intersects with the kingdom of God."

Rodger Nishioka, associate professor of Christian education at Columbia Theological Seminary near Atlanta, delivered two keynote addresses that focused on the theme concepts of hope and light. Highlighting the writings of Jürgen Moltmann and Kenda Creasy Dean, he said that hope isn’t a "flimsy or passive thing" or something only in the future. "When you live hope, you are ushering in part of the reign of God," he said. He urged youth workers to use John the Baptist as a model for ministry, pointing the way to Jesus Christ. "All I’m trying to do is point to the model for the universe," Nishioka said.

Another keynoter, prominent emerging church author and speaker Phyllis Tickle, spoke to the importance of youth workers in shaping the future during a pivotal time in religious culture. "You’re touching half a millennia of history, if history holds," Tickle said. She also cautioned against being "cracked cisterns" that can no longer hold any living water, as she asserted that long-time church institutions no longer hold the key to the way forward.

Music, conversations over meals and elsewhere, and networking opportunities dotted the rest of the schedule, along with an evening at EPCOT that included the annual "candlelight processional," a retelling of the Christmas story through a massed choir and a celebrity narrator who reads the scripture texts. That day’s narrator, Corbin Bersen, finished with a call to strengthen faith, family, and community at the center of life, especially in challenging times.

The Church of the Brethren’s Youth and Young Adult Ministry provided support for many of those attending the event, which was last held in 2006. Eleven denominations assisted in planning and promoting the conference.