Rev. Webb was born in Ocho Rios, on the island paradise of Jamaica. While in teacher training college, he received a call to the Christian ministry. Upon completion of his teacher training, he taught high school for two years, after which he applied and was accepted by for Theological/Pastoral training at the United Theological College of the West Indies. After completing his seminary training in 1989, he began his pastoral ministry and was ordained to the ministry of the Jamaica Baptist Union in 1991. Rev. Webb spent 10 years as pastor of several ‘circuits of Baptist churches’ in Jamaica before migrating to the United States. He was called to be the pastor of the Naperville Church of the Brethren in November 2002.
at 5:20 PM 0 comments
Email ThisBlogThis!Share to TwitterShare to FacebookShare to Pinterest
Labels: NYC
NYC 2010 Speaker Feature: Ted and Company

In 1992 Ted Swartz graduated from seminary and began a ministry that took him, not to a pulpit in a congregation, but to audiences across the U.S. and beyond. The first 20 years of this work included the creation of Ted & Lee TheaterWorks with Lee Eshleman and development of plays such as Armadillo Shorts, Fish-Eyes, Creation Chronicles, Live at Jacob's Ladder and DoveTale. Since Lee's death in May, 2007, Ted has been writing and performing new plays with a number of other artists. Ted lives in the Shenandoah Valley of Virginia. Along with writing and acting, his loves include his wife, Sue, three sons, Eliot, Ian and Derek - and new daughter-in-laws, Katrina and Hannah; oh, and baseball.
at 5:18 PM 0 comments
Email ThisBlogThis!Share to TwitterShare to FacebookShare to Pinterest
Labels: NYC
NYC 2010 Speaker Feature: Dave Sollenberger

David Sollenberger is a videographer who has helped document or interpret about every slice of Brethren life and practice, including NYC since 1986, and Annual Conference since 1989. His filming has taken him to far-flung places like Sudan, Brazil, Dominican Republic and Nigeria and nearly every district of the U.S. He has degrees from Manchester College and Bethany Seminary and served 5 years on the Church of the Brethren General Board. He and his wife Mary are members at the Mt. Wilson (PA) congregation, but spend most of their time now in North Manchester, IN, trying to keep track of 3 basically grown children. He has also produced several documentaries and assorted discipleship and membership curriculum resources.
at 5:17 PM 0 comments
Email ThisBlogThis!Share to TwitterShare to FacebookShare to Pinterest
Labels: NYC
NYC 2010 Speaker Feature: Jarrod McKenna 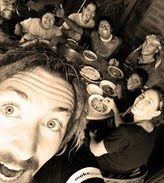 Jarrod McKenna is seeking to live God’s love as a new dad, husband, brother, and an [eco]evangelist. As a Vine and Fig Tree Planter, he plants “signs” on military bases that draw the connections between God’s kingdom, militarism, and climate change. He is a co-founder of the Peace Tree Community, serving with the marginalized in one of the poorest areas in his city, heads up Together for Humanity in Western Australia (an interfaith youth initiative serving together for the common good), and is the founder and creative director of Empowering Peacemakers (EPYC), for which he has received an Australian peace award for his work in empowering a generation of [eco]evangelists and peace prophets.
at 5:16 PM 0 comments
Email ThisBlogThis!Share to TwitterShare to FacebookShare to Pinterest
Labels: NYC
NYC 2010 Speaker Feature: Angie Lahman Yoder 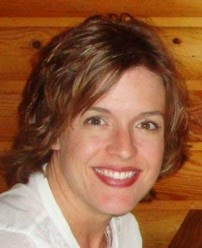 Angie Lahman Yoder is passionate about lifelong learning opportunities. Many of her current interests were developed through Church of the Brethren-related experiences: National Youth Cabinet, On Earth Peace/ Ministry of Reconciliation committee work, Manchester College graduate, NYC Youthworker, General Board Member. A former high school teacher, she is currently a full-time mother who works part-time teaching others about Young Living Essential Oils and whole life wellness in person and on the internet. Angie is also a licensed minister and serves as Minister of Worship at Circle of Peace Church of the Brethren in Peoria, Arizona.
at 5:14 PM 0 comments
Email ThisBlogThis!Share to TwitterShare to FacebookShare to Pinterest
Labels: NYC

Registration for the Church of the Brethren’s 2010 workcamps opened online on Jan. 25. Go to www.brethren.org/site/PageServer?pagename=grow_youth_ministry_workcamps for registration and information about the workcamp experiences offered this summer.

A church-wide "NYC Prayer Day" has been scheduled for June 20--the Sunday one month before National Youth Conference. "We are going to have some commissioning materials and prayers for congregations to use to ‘send’ the participants to NYC," reported coordinators Audrey Hollenberg and Emily LaPrade. Materials will be made available at www.brethren.org/site/PageServer?pagename=grow_youth_ministry_national_youth, where participants also may register for NYC online.

The Church of the Brethren’s Regional Youth Conference for the plains area will be held at McPherson (Kan.) College on April 9-11 with leadership by Paul Grout, new church planter and a former Annual Conference moderator. The theme is based on John 10:10, "Fully Alive: Taking Hold of the Life that Is Really Life in Body, Mind and Spirit." Activities will include sessions studying the theme, a campus tour of McPherson College, an evening coffeehouse with table games and a jazz pianist, and Sunday morning worship with McPherson Church of the Brethren.

The Senior High Roundtable, one of the Church of the Brethren’s regional youth conferences, will be held March 19-21 at Bridgewater (Va.) College. Senior high youth from the entire east coast region are expected to attend. The weekend will include worship, workshops, and fellowship. The theme, "Come to the Mountain," will be led by Joel and Linetta Ballew, pastor of Lebanon (Pa.) Church of the Brethren and program director at Camp Brethren Woods, respectively.

Here is what you need to know before registration:
If you have any questions feel free to call us at 847-742-5100 ext. 246.
at 5:49 PM 0 comments
Email ThisBlogThis!Share to TwitterShare to FacebookShare to Pinterest
Labels: NYC
Workcamp Registration Opens January 25th

Online registration opens Jan. 25 at 7 p.m. (central time) for this summer’s Church of the Brethren workcamps. Go to www.brethren.org/workcamps to register. A workcamp schedule including locations and dates is available at www.brethren.org/workcamps. The dozen workcamps range from a young adult trip to Haiti on June 1-8, to a "We Are Able" workcamp for intellectually disabled youth and young adults, to seven junior high workcamps at various locations in the US, to Brethren Revival Fellowship-sponsored events for senior highs in the DR and Mexico. To register, first create a personal log-in at the Church of the Brethren website www.brethren.org being sure to have a congregational code available (find it at www.brethren.org/churchcode). Registrations are reserved when the Workcamp Office receives the deposit of $100. For questions, contact the Workcamp Office at cobworkcamps@brethren.org or 800-323-8039 ext. 286.

The fall district youth retreat, held during district conference (Nov. 6-8), was a fantastic weekend, with 28 youth and advisors representing eight congregations. David Radcliff of New Community Project led two sessions on the theme of "Simple Justice," helping the group consider how they interact with their neighbors and the “least of these” around the world. In addition, National Youth Conference coordinators Audrey Hollenberg and Emily LaPrade were on hand to lead two worship times. Saturday afternoon included a service project at Feed My Starving Children in Aurora. The evening was spent joining district conference for the international dinner and concert. Sunday morning everyone took part in one of the insight sessions and the closing worship. We’re grateful to the Naperville church for their generosity in hosting us for the weekend.

The SPRING district youth retreat has been set for March 19-21 at Springfield Church of the Brethren. As with the fall retreat, cost will be $30 for youth in grades 9-12, free for advisors who accompany their youth. Registration forms will be available at www.cobyouth.org. Watch for further details! 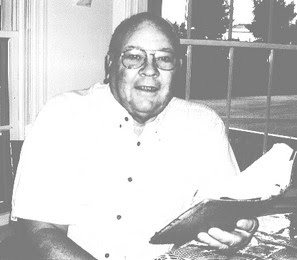 Jim Myer is a minister in the White Oak Church of the Brethren, Atlantic Northeast District. His wife, Faye and he have 4 married children and l6 grandchildren. Jim served as Annual Conference Moderator in l985. He has also preached in over 300 revival meetings throughout the Church of the Brethren and has spoken in several foreign countries.

Jim has served on several study committees for Annual Conference, most recently on the Special Response Resource Committee. Jim is a part time farmer and he works part time for the Brethren Revival Fellowship. Jim has spoken a number of times at National Youth Conference in the past.
at 5:00 PM 0 comments
Email ThisBlogThis!Share to TwitterShare to FacebookShare to Pinterest
Labels: NYC
Newer Posts Older Posts Home
Subscribe to: Posts (Atom)